321 Davenport Condos is a new luxury condominium development currently in pre-construction at 321 Davenport Road near Avenue Road in Toronto, Ontario by the Alterra Group of Companies.  This proposed residential development is being designed by Giannone Petricone Associates and is coming soon to the Annex/Yorkville neighbourhood of Toronto.

321 Davenport by Alterra is a new proposed nine storey luxury residential condominium designed by award-winning and Toronto-based Giannone Petricone Associates who have been in business since 1995.  This proposed development project is still in its early stages and a review of the design is currently in the process with the City of Toronto which might result in a change of the building height.  Currently situated on the site is an existing two-storey commercial building housing some businesses such as the Casting Central Inc. and the Healing Arts Centre.

321 Davenport RoadCondos is being developed by the award-winning Alterra Group of Companies who has over 40 years of experience building properties all across the Greater Toronto Area.  This project is located on 321 Davenport Road which is to the south of Dupont Street and to the west of Bedford Road and Avenue Road.  Situated in the Annex neighbourhood which borders onto the Yorkville neighbourhood which has a prestigious shopping district with brands such as Hermes, Burberry, Chanel, Harry Rosen, Gucci, Tiffany & Co., Louis Vuitton, Dolce&Gabbana, Michael Kors, Tag Heuer and many more.  Yorkville also has many gourmet restaurants that line the streets as well as theatres, four star hotels, luxury condominiums and office towers.  The Annex is "Toronto's most heterogeneous community".  It is a vibrant neighbourhood with residents that include students and faculty from the University of Toronto, business people and prominent artists.  This area is located close to accessible public transportation with the Dupont Subway Station about a 7 minute walk away.

321 Davenport Condominiums is located a short drive away from the Royal Ontario Museum, Queen's Park, the University of Toronto St. George Campus, the Bata Shoe Museum, the Varsity Centre, Victoria University and St. Michael's College.  A little further to the south you will also find hospitals such as the Mt. Sinai Hospital, the Toronto General Hospital and the Hospital for Sick Children.  The Kensington Market and Chinatown are approximately 3 to 4 kilometres away and the Casa Loma which is now a museum and landmark where many weddings have been held is situated nearby to the north of the proposed development site.

Register with us today for more information on the 321 Davenport Condos by Alterra!

321 Davenport Floor Plans and Price List will be available soon. Please call or complete the registration form to get all the info and to register now for the Platinum VIP Preview Sales Event.

We Are Developer Approved Platinum Brokers

For more information, please register today for the 321 Davenport Condos. 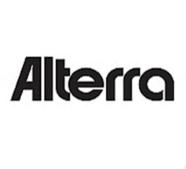 A commercial building that currently is situated at the proposed development site.

Register today for the Floor Plans and Price List.  Please call or click the Platinum Access Registration button in order to register with us to receive updated information and for future Platinum VIP Preview Sales Event for this project.